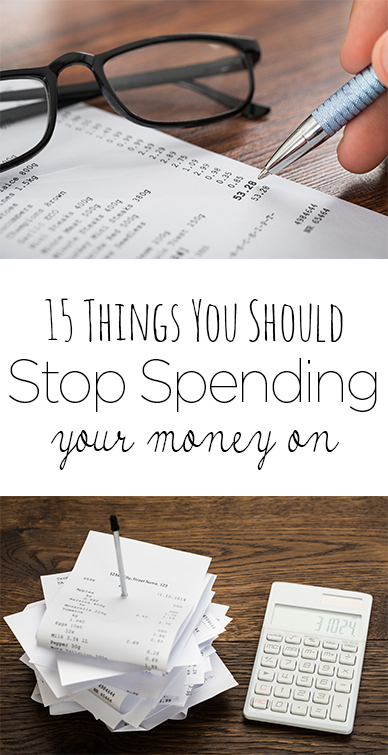 It’s pretty easy to get in a pattern of what you buy because, hey, it’s easier than having to reanalyze your grocery list every time you go out. However, you’re probably spending a lot of money on items that you don’t really need or that are ridiculously expensive, especially when you don’t make enough money anyway (check out that linked article for information on budgeting with not enough money)! Here are just a few products you should stop buying to save some extra cash.

Let’s be honest: the day of the landline is over. If you have a landline, chances are, you’ve noticed that the only people who call you are people selling something. There’s really no point in having a landline if you have a cellphone; it’s just money going down the drain. So, cut off your landline, let everyone know, and save some money every month. It makes tons of sense to cut this item from your budget. Typically, cell phone plans are around the same price, and you can do so much more with a cell phone!

It may be pretty hard to believe that Gillette razor blades controls 66% of the huge shaving industry. But it’s totally true. Just because Gillette is the most popular razor blade around doesn’t mean that it is even the slightest bit cheap. Supply and demand, right? Instead of spending tons of money every month on a grooming necessity, join the Dollar Shave Club! Blades purchased through the Dollar Shave Club go for as little as $1.50 per razor blade, whereas a similar blade by Gillette would go for a whopping $5. The best part? After the Dollar Shave Club was surveyed, users found that blades purchased were of the same high quality as the ones bought from Gillette.

Buying dryer sheets is a never ending process because you always eventually need more. Instead, buy a reusable dryer sheet substitute or make your own dryer sheets! It’s not complicated at all and it can really save you tons of money in the long run!

Remember when the iPad mini came out? It was all of the rage because it had all of the capabilities of a regular iPad, but in a much smaller size. A few years later, Apple released the iPhone 6+, which was only slightly smaller than the iPad mini. Technology is getting better and better, and with phone screens growing larger and the capabilities ever expanding, you may find that purchasing an iPad is a waste of money. Ipad minis can be purchased for $399 (16 GB memory) and an iPhone 6 can be bought for $299. Save hundreds of dollars and cut the mini’s out of your life!

It might seem convenient and a good idea to buy prepackaged lunches, but it doesn’t help in the long run. One, the food is jammed full of preservatives that are not good for growing kids, plus they’re expensive! By setting aside some time to make lunches, you know exactly what you and your family are eating while saving money. On average, a Lunchable costs about $3, and a similarly made lunch from home only costs about $1.

There’s nothing in store-bought lotion that you probably couldn’t buy and make yourself at a fraction of the price. Find a recipe online with a scent you like, and then go for it! This is also great if you have specific needs or allergies, because you can tailor the lotion to your style.

Cable still may seem like a necessity for families all across America. While there are still as many as 101.7 million people that subscribe to cable services, a survey predicts that the amount of subscribers will fall to 97 million over the next year. Cable television can cost between $86 and $123 a month (just for your basic packages!) whereas it only costs between $8 and $10 to subscribe to a service like Netflix and Hulu per month. Streaming services are on the rise, and it is predicted that there will be many other online streaming services over the next year. Sports fans can rejoice, as ESPN and the NFL are discussing streaming options for sporting events across the country. Say goodbye to cable!

Whether you live in a small apartment or enormous house, everyone has room to grow a little herb garden. You can practice your gardening skills while saving money at the same time! Mason jars can be used as planters for your herbs grown indoors, and herb seeds can be bought for as little as fifty cents per package. Herbs are also notorious for regrowing from scraps, so be sure to save a few mint clippings!

Customize your shampoo by making it yourself. You don’t need that many ingredients and you’ll be positive that whatever you’re putting on your body is good for you! You can make multiple different shampoos or make one big batch for the whole family to use. 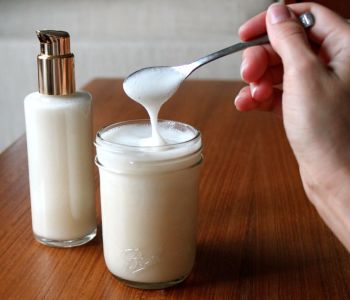 The dating industry is expected to make $2.2 BILLION dollars in the upcoming year. You read that correctly, 2 BILLION dollars. Instead of spending money monthly on a dating service, download a free app such as OkCupid or Tinder. Either way, it may be a bit difficult to find love online, and users may want to remember the famous Beetles song “Money Can’t Buy Me Love.”

I know it may be hard, but I would suggest at least cutting back on the coffee, especially if you buy it at a place like Starbucks. Starbucks sells a plain cup of coffee for as much as $3. You’d be surprised at how much extra cash you had in your account if you even cut your coffee consumption in half. If you just can’t shake the caffeine habit (let’s face it, can any of us really?) try coffee from McDonald’s instead! It’s as little as $1 per cup, and it is just as good (maybe even better!) than a similar cup from Starbucks.

Pre-filled water bottles may seem like both a good deal, and convenient to use. But who would pay $2 per bottle for something that is exactly the same as the water from your tap? On average, the water bottling companies in the United States make a whopping $12.3 billion dollars. Believe it or not, 45% of the bottled water sold in the States comes from the municipal water supply. You read that correctly, you are paying $2 a bottle for tap water! Instead of paying through the nose for a refreshing beverage, try purifying your water at home. Water purifiers are as cheap as $15, and last a whole lot longer than a bottle of water ever would! 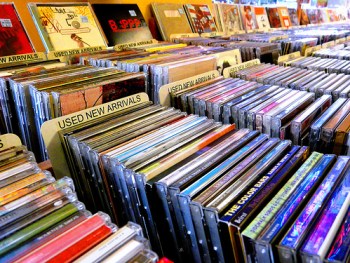 These are a thing of the past. Instead, buy all your music online or join a subscription based program like Spotify that gives you access to unlimited music for free or a low price. Instead of spending between $15 and $20 on a DVD, rent them for as little as $1 a night on Redbox. If renting isn’t something you are interested in, consider signing up for a subscription service like Netflix. It’s only $10 a month for unlimited streaming on your mobile devices and home computers.

If you buy a ton of Tupperware, it usually just ends up going to friends and family members when they take home leftovers. Get your Tupperware to the amount you want, and then don’t buy any more, no matter how great the deals are. Make it a goal to only purchase new containers when the other ones have become damaged, or you just can’t get that red stain out of it from the last time you cooked spaghetti. If you are really looking to save money, you can reuse butter containers and yogurt or sour cream tubs as Tupperware instead.

No-stick spray is pretty ridiculous because it’s expensive and usually unhealthy for you. Most companies jam it full of fatty or bad chemicals that aren’t doing anything to help your health. Coconut oil, and Olive oil are wonderful alternatives to that unhealthy no-stick spray. You can purchase a tub of coconut oil for as little as $10, and a bottle of olive oil for a similar price! Coconut oil can be used to cure a variety of health and beauty difficulties, and it is an unbelievably healthy option when it comes to cooking. Hooray for healthy fats!

A Few Other Happenings….